Fifty years ago this month, Hurricane Agnes made landfall affecting communities on the U.S. East Coast from the Caribbean to Canada. One hundred and twenty-eight (128) people died from Hurricane Agnes. At the time it was the costliest hurricane to hit the U.S. with an estimated 2.1 billion dollars (1972 dollars) in damages. Because the hurricane was so devastating, the name Agnes was retired from the list of hurricane names. Agnes was the first named storm of the 1972 hurricane season. The hurricane made landfall on June 19 in Panama City, Florida. The storm traveled to North Carolina and went back out to sea. On June 22, Agnes made a second landfall near New York City.

In Virginia, 13 deaths were caused by Agnes including four people in Richmond who drowned when their car plunged into the James River. Across the state at the height of the flooding, over 600 miles of highway were submerged, sewer and water facilities experienced severe damage, 95 houses were destroyed and 4,393 houses were damaged, and 205 small businesses were damaged or destroyed. Over 125 million dollars (1972 dollars) in damages was reported in the State. 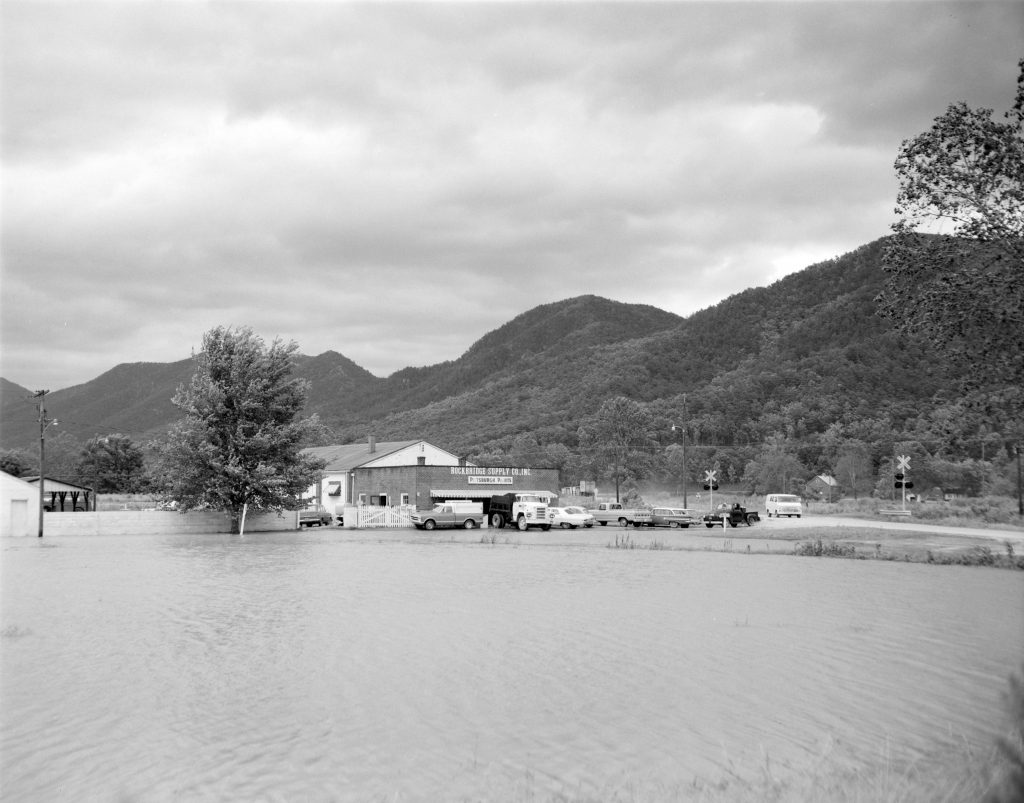 Hurricane Agnes also made her presence felt in the Central Shenandoah Region as well. Waynesboro was one of the hardest hit areas with both its downtown and Club Court areas evacuated. In Rockbridge County, Buena Vista and Glasgow received flooding. Fifty families were evacuated in Glasgow. Buena Vista was prepared for Agnes with a new Emergency Evacuation and Warning Plan created after Hurricane Camille hit the area in 1969. Because of past experiences with Hurricane Camille still fresh in everyone’s memories, residents in the Region were vigilant as Agnes approached.