For over 50 years, the CSPDC has been providing planning services and technical assistance to its member jurisdictions with issues including; comprehensive and land use planning, transportation, water and waste water utilities, natural resource management, solid waste management, affordable housing, economic and community development, disaster mitigation and preparedness education, and human services.

Member jurisdictions include the Counties of Augusta, Bath, Highland, Rockbridge, and Rockingham, and the Cities of Buena Vista, Harrisonburg, Lexington, Staunton, and Waynesboro and eleven towns. Cooperative solutions to problems are addressed at the Central Shenandoah Planning District Commission through regional efforts and partnerships with our local jurisdictions and other stakeholders.

In 1968, Virginia was divided into planning districts based on the community interest among its counties, cities, and towns. A Planning District Commission (PDC) is a political subdivision of the Commonwealth as chartered through the Regional Cooperation Act. PDCs are creations of the local governments within them and are encouraged by the State. The Central Shenandoah Planning District Commission (CSPDC) was chartered on September 30, 1969.

The CSPDC is comprised of five counties, five cities, and eleven towns in the heart of the Shenandoah Valley in the western part of Virginia. The Region encompasses a land area of 3,439 square miles has a population of over 290,000 and is bounded on the west by the Allegheny Mountains and on the east by the crest of the Blue Ridge Mountains. Both mountain ranges are part of the Appalachian Mountain Range. In the Region, over one million acres of land is publicly held. Villages and farms dot the landscape. Cities are graced with historic landmarks and prominent academic institutions. The Region is known for its scenic beauty and rural way of life.

A Board of representatives from each governmental subdivision oversees the activities of the Commission. Appointment of Board Members is based on population with a majority of the members comprised of local government elected officials.

Since September 1969, assisting the local governments in the Region with planning and public administration, fiscal management, and project development and implementation are the primary functions of the Central Shenandoah Planning District Commission. The lives of the Region's citizens are affected directly or indirectly through the work done by the Central Shenandoah Planning District Commission. 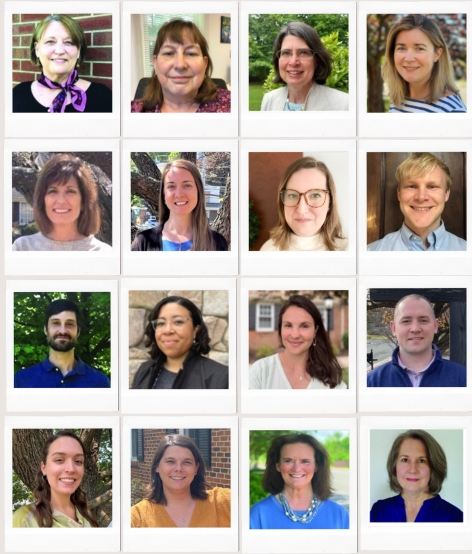 To be recognized and respected as leaders in regional and local planning issues by providing support to the local governments of the Central Shenandoah Valley Region.

To help communities and agencies within the Central Shenandoah Valley work together by providing high quality planning technical assistance and facilitation services that address local, regional and state needs in an innovative, timely and cooperative manner.

Title VI of the Civil Rights Acts of 1964

Title VI of the Civil Rights Act of 1964 provides that no person shall on the grounds of race, color, national origin, gender or disabilities be excluded from participation in, be denied the benefits of, or be subject to discrimination under any program or activity receiving Federal funds. Title VI requires recipients of Federal funds to provide information to the public regarding the recipient’s obligations under DOT’s Title VI regulations and apprise members of the public of the protections against discrimination afforded to them by Title VI. Please click the following for information regarding the Title VI Complaint Form,  Non-Discrimination Statement, Notice Under the Americans with Disabilities Act, and Discrimination Complaint Procedures.